Victor CuevasPosted on April 30, 2014 Posted in Retirement — No Comments ↓ 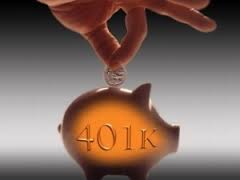 These aren’t just the little companies that are doing this. These are the big guys, the famous companies you wouldn’t think would do these kinds of things. Now…we can understand, in some ways, why this is happening. Obamacare is a major factor that has cut into profitability over the years. Corporate taxes, second highest in the world, have something to do with it. Onerous federal rules and regulations, especially since the financial meltdown, have also contributed to companies and corporations looking at cutting back on employee goodies, like 401K benefits.

But it still seems hard to justify cutting back on salaries and perks, such as 401K plans, when we see things like Yahoo firing one of their top guys for not doing well after about two years, and then see him walk with over 50 million in his pocket as a severance.

So we see companies cutting back on matches, or not match at all, and dropping the limits for maximum annual payments. They tweak 401K benefits, adjust them, “tinker with the plumbing” in order to save money. Some employers are changing what they offer in order to save their own expenses and improve profits. They may try to compensate with other employee benefit areas that cost less.

Many employers, including several major US Banks, are contributing to the employee 401K plans in one lump sum once a year. It works this way. Let’s say you contributed each month in 2013 to your 401K. You company wouldn’t match until 2014, maybe in January. Two things…your company can see what their profit was and adjust the amount of match. Also, all employees that leave before the end of the year don’t get the match. All this tinkering saves companies a lot but cost employees millions.

Bottom line, if it comes to losing your 401K benefits or your job, which will you prefer? Which would you rather have, medical insurance help from your employer or a robust 401K plan?

Pension plans traditionally were what most companies offered. The late 70s saw the rise of 401K plans, mostly as a supplement to pension plans. But pension plans were all designed based on a shorter life span. Also, inflation has risen substantially and the dollar’s value has declined dramatically since 1972 when our currency came off the gold standard. This along with much longer life spans, and some other factors, contributed to the demise of many, if not most, pension plans.

Pension plans aren’t viable. I believe you will see government pension plans disappear over the next 20 years. Many corporations have already sold their pension plans to insurance companies. These pension plans will be converted to annuities that will work long term. So take away pension plans and diminish 401K plans, then what’s left. Maybe create your own pension plan.

Let me wrap this up. I’m not sure it makes a whole lot of sense to contribute to 401K plans any longer. Some companies still have decent ones and still have a match. But consider this. One day you will want to retire or draw from your 401K. It will all be taxable at that time. Who knows what our tax structure will be at that time. There is little flexibility with the majority of 401K plans, and you get penalized for using the money before age 60.

There are many options now available for investing and saving your money that offer much more flexibility, as well as tax free income in retirement. These are options that give you access to your money while you’re still working. And you don’t pay any taxes on the growth of the money. There are ways to invest that pay great interest rates with very little taxation, or none at times. And you don’t have to worry about what will happen to it when you leave your employer. I would rather save or invest with after tax money now and not pay taxes in the future on the growth.

There is a little known option many employees have. It’s called an in service distribution. If this option is available to you, you can move money out of your current 401K plan into an IRA while you’re still employed with your company. You will not be penalized for it. It’s part of the IRS code. This allows you to remove your money from your 401K to an account that makes more sense for you long term. It answers that question, “What can I do with my current 401K plan?”

The Infinite Banking Concept is a strategy you can use that arguably can offer more income in retirement over 30 years of savings than typical 401K plans. And it will be tax free and guaranteed. You can’t get this with a 401K plan. Like I said before, create your own pension plan.

Folks, our financial world has changed dramatically since 2008. How you plan for retirement has changed. What you do with your money today, well before retirement, is something you better be giving a lot of thought to. Don’t wait until you’re 55 years old to start making plans or putting a strategy in place for your future.

Call me or email me and let’s see what options are available that best meet your financial needs now and for your future. 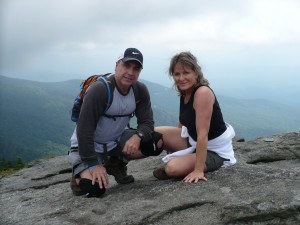